Ticks are pests that consume blood from hosts such as dogs, wildlife, and humans. There are many types of ticks that can be found in Dallas, with the most abundant being Brown Dog Ticks and Lone Star Ticks. By walking in tall grasses, brush, or unmanicured lawns, you open yourself (and your dog) up to tick bites. Both the Brown Tick and Lone Star Ticks in North Texas are capable of spreading disease. This makes tick prevention more important than ever. 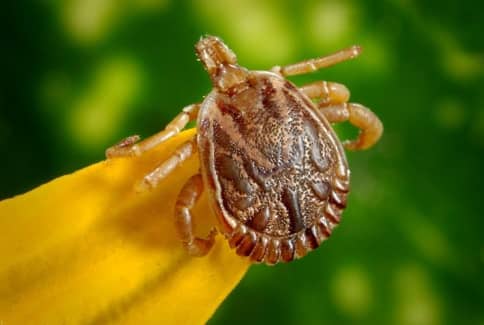 Ticks do not have wings and they are flat and round. They are small until they feed and become engorged from the blood. These pests also have sharp short legs that they use to help burrow into your skin. You won’t feel them when they land on you, so it’s difficult to identify them. Another issue that many people have with ticks is their speed. They move quickly, and they can jump far distances, so it’s nearly impossible to catch them. If you try to squeeze or squish them, you will think you succeeded until they bounce off your finger and onto something else.

There are a number of ticks that commonly found in the Dallas, TX area which include:

The Brown Dog Tick is, you guessed it, mostly found on dogs. It’s far less likely for humans to be bitten by Brown Dog Ticks, but in the absence of a dog as a host, we’re a suitable second. When the tick finds a dog, they latch on to tight, hidden areas such as under ears or between toes.

The entire life cycle of a Brown Dog Tick can be completed indoors. After feeding on the dog, the tick is brought into the home and crawls into spaces where they are the least likely to be found such as the cracks around baseboards, door frames, and window frames. After hatching, larvae seek out a host and the cycle starts again. Brown Dog Ticks are able to go up to 8 months without feeding, which makes them especially dangerous.

Why do I have ticks in my yard and house? 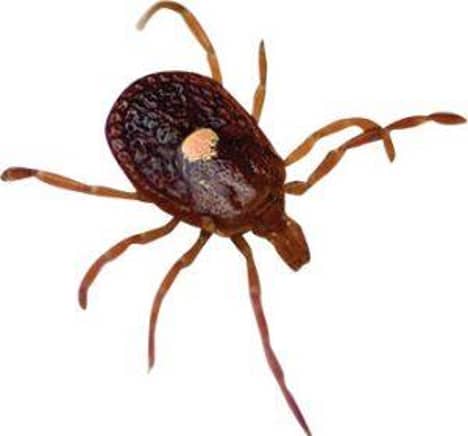 In the Dallas area, tick season begins in late spring and continues into early fall. You are most likely to encounter ticks when walking in an area that is naturally infested with ticks, like tall grass or heavy vegetation. Wildlife that ventures into your yard can leave ticks behind that otherwise were not on your property. While some ticks will venture out into even the best kept lawns, ticks like the Brown Dog Tick can live indoors.

Can I get sick from a tick bite?

Ticks are dangerous due to the serious diseases they can transmit. Just one tick bite can lead to the following illnesses:

How can I prevent ticks?

To prevent being bit by ticks outdoors, try using repellent that has the active ingredient “DEET”, covering up exposed legs and arms, keeping your lawn short, and regularly checking your pet for ticks. If you are concerned about tick activity on your property, give Certified a call. Contact us today!